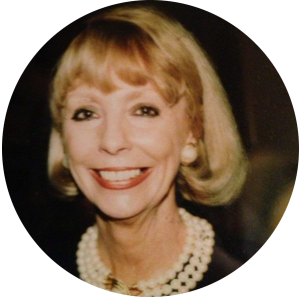 My mother was one of the most joyous people you could have ever known. She possessed a zest for life and lit up the room wherever she went. She was never wealthy by traditional measures, but was genuinely thankful for everything she had. Her straightforward manner, dry sense of humor and Lucille Ball-like antics drew people to her.

She managed to stay grounded in her faith and gracious nature even though she faced more than her share of adversity. She lost her father at age 19. She lost an unborn son in late pregnancy. She was widowed at only 48, after many years of supporting my father through a succession of heath challenges, including ultimately, a heart transplant. But the consummate, strong southern lady did not let those things drag her down or define her. She picked herself up, focused on raising my brother and me and continued to radiate her contagious enthusiasm for life. She was not just a survivor, she was a “thriver.”

Up until the end, she continued to focus on the positives and looked for reasons to laugh. She frequently reminded me that happiness is a choice. I was at her side when she passed away. Not a day goes by without missing her. I reflect on her joyous disposition and outlook often and have tried to let it inspire me. It’s something I hope I am passing on to my own daughter.

Oh, by the way, in case you didn’t know, her name was JOY!

“My mission in life is not merely to survive, but to thrive; and to do so with some passion, some compassion, some humor, and some style.”

— Maya Angelou’s words could not describe my mother any better.

Back To Our Story

Our Services
Our Nabors
How it Works
Doing Good
Employers
Blog

Book A Nabor Become A Nabor Sign Up For Newsletter